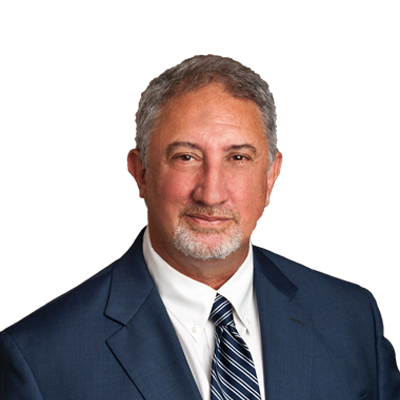 Byron Broun moved to St. Petersburg in 1978 from upstate New York to attend Eckerd College where he obtained a B.A. in political science in 1982. After college, he worked various jobs until he secured a position with the State of Florida Department of Health and Rehabilitative Services (HRS) where he became a Public Assistance Specialist processing Medicaid applications in the emergency room of Bayfront Medical Center from 1986 to 1989.

Thereafter, Mr. Broun moved to Miami where he obtained his law degree from the St. Thomas University School of Law in Miami in 1992.

Attorney Broun has lived in St. Petersburg, Tarpon Springs, Jensen Beach, Stuart, Palm Beach Gardens and Miami Beach. Before working for HRS and becoming an attorney, he worked as a laborer for a fiberglass spa manufacturing company, a dishwasher, a waiter, an entertainment booking agent, and as a deckhand on a private yacht. He has also traveled extensively on his own, and believes these varied life experiences allow him to connect with many of his clients on a more personal level.

Following law school Mr. Broun worked as an attorney adviser for the FEMA assisting victims of Hurricane Andrew in South Florida and victims of “the Storm of the Century” in Citrus County. in 1994, Mr. Broun was hired by John G. Thompson and Associates in Tarpon Springs where he began handling Social Security disability claims, workers’ compensation claims and personal injury cases. in 1997, attorney Broun was hired by well know workers compensation attorney, John H. Thompson in St. Petersburg, where he continued to practice Social Security, personal injury and workers compensation law.

OPENING UP HIS OWN PRACTICE

Fed up with the manner in which the insurance industry and its puppet politicians have hijacked the workers compensation system at the expense of the working person in Florida, attorney Broun decided to open his own office in 2010 in order to focus on Social Security disability claims and personal injury cases. Byron Broun, P.A has maintained its main office in downtown St. Petersburg ever since. Appointments are also available in Tarpon Springs to service north Pinellas County and Pasco County clients. In fact, nothing stops Mr. Broun from accepting cases anywhere in the greater Tampa Bay area including Tampa and Sarasota.

In December of 2021, attorney Broun was invited to assist attorneys Sean McQuaid and Jonathan Douglas in trying a significant personal injury case in Tampa, Florida. The adrenaline rush experienced working with two brilliant ,young and aggressive attorneys convinced attorney Broun to slowly bring his practice to a close and join forces with Battaglia, Ross, Dicus & McQuaid. As of January, 2022, Mr. Broun has ceased taking new Social Security disability claims and is now devoting his entire practice to personal injury cases. Mr. Broun believes his 30 years of experience handling cases revolving around complex medical issues makes him a valuable asset to the group of personal injury attorneys working as a team at Battaglia, Ross, Dicus & McQuaid.

Mr. Broun currently lives in St. Petersburg with his two dogs. He enjoys the beach, travel, boating and the Tampa Bay Buccaneers.

Byron Broun practices in the area of Personal Injury.