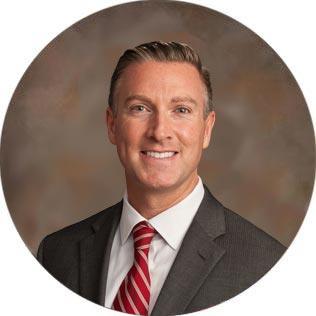 Brittany B.
Awesome attorney! Sean McQuaid had my charge dropped. He was on top of every detail. Great experience. Will definetly go to him in a heartbeat if I ever have any legal matters. Will recommend to family/friends.

Among his numerous honors, Sean is the President for the St. Petersburg Bar Association for 2020 through 2021.

Sean joined the firm as an associate in 2000, was made a shareholder as of Jan 1, 2006 and became a named partner in April, 2013, the fastest rise of any lawyer in the over 60 year firm history.

Sean’s personal injury, car accident, motorcycle accident, and wrongful death practice has become one of the largest in St. Petersburg. He routinely represents individuals with serious injuries through their time of need, working alongside many of the top medical professionals in the area.

In his criminal law practice, he represents those charged with crimes such as DUI, drug possession and domestic battery. Sean has successfully and discretely handled many high profile cases. He is well known and respected by judges and prosecutors.

In June 2015, he was elected by his peers to the Executive Committee of the St. Petersburg Bar Association for a two-year term. He was re-elected for another two-year term in 2017 before being elected as President-Elect in 2019.

Sean is a Martindale Hubbel AV-rated attorney, receiving the highest ranking possible from his peers, the judges he practices in front of, and his clients. He has received a perfect ranking and client’s choice award from Avvo.com and from 2013-2015, was recognized in Florida’s top 40 under 40 by the American Society of Legal Advocates. He was named as Florida Super Lawyers Rising Star for 2014 and 2015, an honor received by less than 2.5% of all practitioners. He was also named as a Florida Trend Legal Elite for 2020. From 2016 to the present, he has been named a Florida Super Lawyer in the area of Plaintiff’s Personal Injury law.

In addition to his impressive legal practice and accolades, Sean has also been recognized for his service to the community. In August 2010, Governor Charlie Crist appointed him to the Judicial Nominating Commission for the Sixth Judicial Circuit covering Pinellas and Pasco counties. The Commission is responsible for nominating both county and circuit court judges to the Governor for appointment. The term of his appointment ran from August 20, 2010 through March 2015 and he was responsible for vetting and recommending several sitting judges in Pinellas County.

Sean has been a resident of the St. Petersburg area since August 1997 when he began his legal studies at Stetson University College of Law, eventually graduating with Juris Doctor and Masters in Business Administration degrees. During law school, he was a member of the Moot Court Board from 1998 through 2000, arguing in competitions across the country.

Sean’s background as a scholar-athlete has contributed to his straight-forward and competitive approach toward the practice of law. His clients often remain lifelong friends and call on him for advice in many areas of their lives.