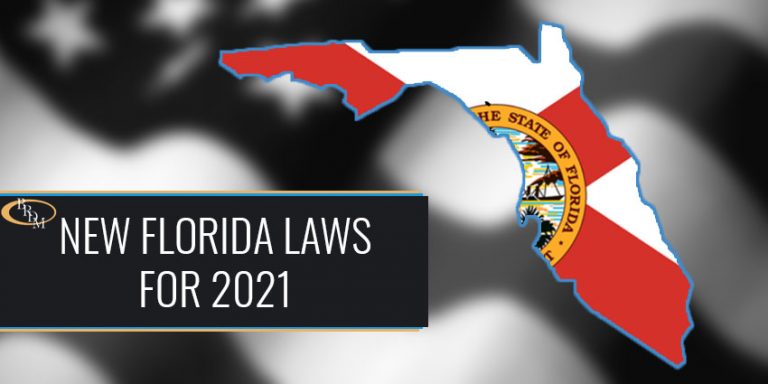 Even though the Florida Legislature approved 206 bills during the 2020 session, only a few go into effect at the beginning of the year. These new laws will not have much effect on the general population, however.

The End of Florida Greyhound Racing

The citizens of Florida supported a constitutional amendment in 2018 (Amendment 13) that would end greyhound racing at pari-mutuel facilities. Thus, as of December 31 at midnight, greyhound racing is no longer legal in Florida.

Punishment for Public Officials and Employees

Another Florida constitutional amendment (Amendment 12) that was approved in 2018 finally takes effect. This amendment was codified as HB 7009 and forbids public officials and employees from receiving a disproportionate benefit for themselves, their families, or their businesses. This law seems like common sense, but was passed after the Florida Commission of Ethics approved a rule defining these disproportionate benefits. There are other portions of the amendment that will go into effect in later years, but for now, this is what we have.

HB 37 increases the penalties for motorists who drive improperly around school buses. Now, the minimum penalty for drivers who fail to stop for a school bus is $200, up from $100. The new minimum penalty for drivers who pass a stopped school bus on the side where children enter/exit becomes $400, up from $200. I’m not sure what the deterrent effect of this law is, but it appears our legislators wanted to appear like they were protecting our children by doing something.

HB 1005 will now allow supervisors of elections and county canvassing boards to use automated tabulating equipment to conduct both machine and manual recounts. This bill was unanimously approved, so there must have been a good reason for it. The law will also require accuracy testing of voting systems at least 25 days before the start of early voting. This aspect was a tweak to the existing law that required accuracing testing after some voting had begun.

SB 292 is actually a consumer friendly law to help out the little guy against the insurance companies. Loss run statements are reports created by insurance companies that show the claim history of an insured. This law requires the insurance carrier to provide this loss run statement to the insured within 15 days of request free of charge. This will be a helpful tool in the personal injury and car accident field because claimants have no idea what reports the insurance company is relying upon. So, when a person is asked a question about a prior claim, they are often unprepared or confused. This confusion is then used by the insurance carriers to make the person look like he or she is not telling the truth. This law will eliminate these “gotcha” tactics.