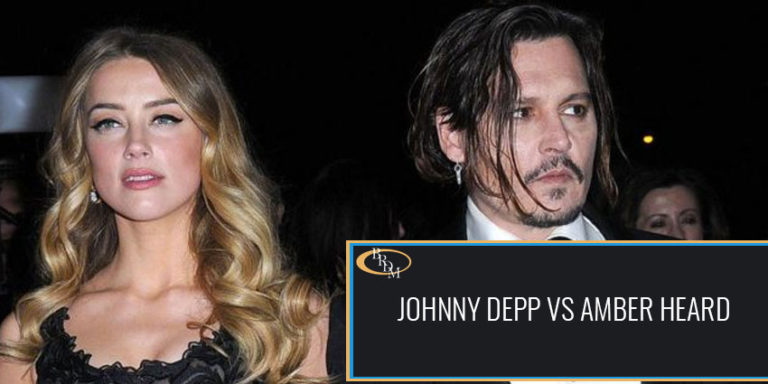 Johnny Depp and Amber Heard have been going head-to-head, slinging accusations of physical and verbal abuse back and forth for much too long. Most recently the two have been fighting it out in a Virginia courtroom for just over 6 weeks, with much of the testimony boiling down to “he said, she said.” Mr. Depp’s defamation lawsuit is in response to the 2018 op-ed she wrote in The Washington Post, where she said she was a ‘public figure representing domestic abuse.’ The op-ed never mentioned Johnny Depp by name, however, Mr. Depp is seeking $50 million for damages to his career as a result of her publication and has denied all allegations of abuse. Mr. Depp’s attorney publicly announced that Ms. Heard’s claims were completely false, made with malice, and as a way to promote her own acting career. Ms. Heard filed a countersuit for $100 million in response.

What Was Depp’s Case About?

The Complaint for Defamation, filed by Johnny Depp in March 2019, alleges three counts of defamation:

Count One: Defamation for Statements in Ms. Heard’s December 18, 2018, op-ed in the online edition of the Washington Post

Count Two: Defamation for Statements in Ms. Heard’s December 18, 2018, op-ed in the print edition of the Washington Post

Count Three: Defamation for Statements in Ms. Heard’s December 18, 2018, op-ed which Heard republished when she tweeted a link to the op-ed on December 19, 2018.

Mr. Depp asked the Court to award the following:

B. Punitive damages to the maximum amount permitted by law, but not less than $350,000, and

C. Recovery of all expenses, including attorneys’ costs and fees

In order to be awarded compensation for these damages, Mr. Depp’s attorney must demonstrate the following:

A. Compensatory damages in the amount of $50,000: Compensatory damages is the monetary award for actual, tangent, financial losses. Mr. Depp claimed that as a result of Ms. Heard’s actions, he lost $50 million in earnings. This may seem hard to imagine but just 4 days after Ms. Heard’s op-ed, Disney dropped Mr. Depp from the leading role of Captain Jack Sparrow in the multi-billion-dollar franchise Pirates of the Caribbean.

B. Punitive damages to the maximum amount permitted by law, but not less than $350,000: Punitive damages are only be awarded if Mr. Depp’s attorneys could demonstrate that Ms. Heard’s actions were willful, malicious, wanton, and taken with utter disregard for the rights and interests of Mr. Depp.

C. Punitive damages are a way for the jury or judge to send a message to the defendant that their conduct was particularly harmful and/or flagrant, and punish them for that behavior, as well as cause others to think twice before acting in a similar manner. Mr. Depp’s attorneys had to make the jury believe that Ms. Heard intended to commit wrongdoing and cause damage.

The Verdict on Depp’s Lawsuit

The jury unanimously found in favor of Mr. Depp on all three counts, stating that Ms. Heard could not substantiate her allegations of abuse by Mr. Depp and that she knew her claims of abuse were false when she published her op-ed.

What Was Heard’s Countersuit About?

Amber Heard’s counterclaim, which was filed in August 2020, also contained three counts of defamation by Mr. Depp, either personally or through his agents and/or representatives. Ms. Heard’s counterclaim goes on and on at great length to call out numerous times that the statements she made in her op-ed were criticized, ridiculed, and denied. She claimed that she was abused, persecuted, harassed, and defamed by Mr. Depp and/or his representatives, with the intent to interfere with Ms. Heard’s reputation, career, and livelihood. Further, Ms. Heard claimed that Mr. Depp’s actions were willful, malicious, wanton, and taken with utter disregard for the rights and interests of Ms. Heard.

Ms. Heard asked the Court to award to her the following:

The Verdict on Heard’s Countersuit

The jury found that only one count of Ms. Heard’s counterclaim had merit and awarded her compensatory damages in the amount of $2,000,000 — not even close to the $100,000,000 amount requested. Further, the jury did not award Ms. Heard any punitive damages, immunity from civil liability, or an injunctive order.

What Does This Mean?

For now, Mr. Depp prevailed. The $2 million that Ms. Heard won will be offset against the $10,350,000 that Mr. Depp was ultimately awarded. This means that Ms. Heard is on the hook for $8,350,000. But when asked how she will pay Mr. Depp, her attorney told reporters that Ms. Heard is not able to pay the award. But will she have to? According to a her attorney, Ms. Heard will be appealing the verdict. On what grounds? We will have to wait and see, but for now, Ms. Heard’s representatives have only said that they “might try to bring evidence that was not admitted in the initial trial.”.