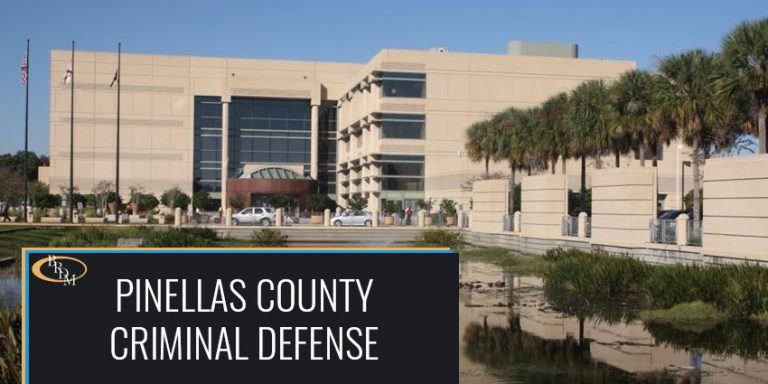 Pinellas County is a unique jurisdiction in Florida for criminal cases. Pinellas County has 1 million residents and is the sixth-largest county in the state. But, what makes Pinellas County so different is that there are 15 million visitors to the county annually. Since Pinellas County already has the highest population density in the state of Florida, this influx of visitors makes the area extremely busy and full of constant changes. The justice system in Pinellas County does not always reflect the growing and progressive attitudes in the area. Law enforcement is dominated by the massive Pinellas County Sheriff’s Office (PCSO) that often has zero-tolerance for anything. In 2020, the budget for the Pinellas County Sheriff’s Office was over 319 million! Obviously, with that massive budget, there is constant pressure to continue the arrests and prosecution of even questionable cases to justify the expense. In order to keep up with PCSO, many of the smaller police departments have tried to keep pace to avoid being assimilated into this giant department. The views of the prosecutors at the Office of the State Attorney have not done much to quell this growing law enforcement presence in the county. Unlike most of the larger jurisdictions in Florida, Pinellas County still has not adapted its views toward harsh punishment for most criminal charges. Because of these antiquated views toward prosecution, many defendants are surprised when they receive harsh sentences. Likewise, because the judges at the Pinellas County Justice Center are either ex-prosecutors or public defenders, they have been trained to accept and are acclimated to accept this process. Very few, if any, of the judges in Pinellas County have actually practiced law in any other court in the state. Therefore, they are less likely to implement change.

I have been representing people charged with crimes in Pinellas County for 20 years. Over that time, I have practiced in front of dozens of judges and litigated against hundreds of prosecutors. But, the one theme that is consistent over time is that defendants are always presumed to have done something wrong. Knowing that there is a stigma, the key to avoid charges or minimize consequences is to fix the situation so there is not an excuse to further the punishment. This theory is especially true for cases involving a victim. Battery cases, theft cases, or even DUIs involving property damage all involve victims. If the victim is compensated and satisfied that there is remorse, it is much easier to get a good result. Likewise, keep in mind that for all other charges, prosecutors view the State of Florida as the victim. So, because you really can’t pay restitution or say that you’re sorry in those cases, the best approach is to demonstrate that you are not a threat to re-offend. Examples of ways to show this are to complete drug or alcohol counseling, provide negative urine screens, perform community service, or even to simply pay off outstanding fines. I always tell my clients to try to differentiate themselves from the thousands of other people who come through the criminal justice system. By simply being prepared, you can usually get some leniency.

What Happens After an Arrest for a Crime in Pinellas County?

There are multiple ways that lead to an arrest in Pinellas County. By far, the most common is to be arrested based on probable cause. If you are arrested based only on probable cause, your case will be referred to the State Attorney’s Office for further investigation. During this phase, the prosecutor meets with the police officer, speaks with any victims, reads the police reports, and then makes a decision what, if any, criminal charges to file. It is during the investigation phase that a criminal defense attorney can get the charges dismissed or lessened. However, if you have been arrested for a traffic offense like a DUI, your case will not go through an investigative phase. The citation that you were given during the arrest serves as the formal charging document. For example, on the DUI citation, you will already be assigned a court date for an Arraignment. The final way that you can be arrested is if there is a warrant or capias issued for your arrest. In this scenario, cases get referred to the prosecutor and investigated. This is usually done without your knowledge. If the prosecutor decides to charge you with a crime, then he or she files a charging document (called an Information) and presents it to a judge to issue a warrant. These warrants will normally have a high bond attached since they are done without any input from the defense and always sound worse than they really are.

How Much Does It Cost to Hire a Pinellas County Criminal Defense Attorney?

Fees for criminal cases in Pinellas County vary from case to case. The amount of the fee normally depends on the complexity of the case and your prior record. Good criminal defense attorneys do not publish a set fee schedule because they know that every case is different. For example, some cases may be assigned to a difficult judge or prosecutor. Some cases may involve a DUI officer with a track record of being aggressive and not agreeing to reduce a charge to reckless driving. Criminal defense fees are almost always called flat fees. There is always a provision for an additional fee if the case goes to trial. In my practice, most first time DUI fees are $2500. But, if a client wants to go to trial, there is an additional trial fee of approximately $5000. I also normally take payment plans on my fees if I have a relationship with the client or they appear trustworthy. I often have the parents of clients sign off as a guarantor of the payment plan.

If you are under investigation or have been arrested for a crime in Pinellas County, you need to hire an experienced criminal defense attorney. There is simply too much risk to sit back, wait for charges to be filed, or have a public defender. While there are some excellent public defenders out there, the reality is that they are simply too overworked to provide your case with the attention that it deserves. Additionally, public defenders don’t even get involved in your case until after you have been formally charged. Thus, you will have missed the best opportunity to get your case dismissed. Getting arrested can be a traumatizing experience, especially for first-time offenders. Getting an immediate strategy for your defense is the most important thing you can do. If you have any questions about a Pinellas County criminal charge, please contact me for a free consultation.