Battaglia, Ross, Dicus & McQuaid, PA is proud to announce that Sean McQuaid has been elected as the Firm’s new President effective January 1, 2020. Mr. McQuaid will take over from Aubrey O. Dicus, who served as President for over 20 years. Sean will become the Firm’s fourth President in its over 60-year history of providing exceptional legal services in St. Petersburg and the west coast of Florida.

Sean McQuaid’s election was announced on December 11, 2019 at the Firm’s holiday party at Rococo Steakhouse in St. Petersburg. Through the efforts of his predecessors, Anthony S. Battaglia, Howard P. Ross, and Aubrey O. Dicus, the Firm is in an excellent position to continue to grow and help those in need of legal representation.

For the past 20 years, Sean has focused his law practice in Pinellas County, Florida. He specializes in the areas of personal injury, car accidents, truck accidents, motorcycle accidents, criminal defense, and general civil litigation. He has been recognized by the legal community with numerous accolades including Florida Super Lawyers, Martindale-Hubbel AV-rated, Florida Trend Legal Elite, as well as perfect rankings under such sites such as avvo.com and threebestrated.com. He is extremely active in the community and has recently been elected to serve as the St. Petersburg Bar Association President for 2020-21. Mr. McQuaid has previously served two terms as a member of the St. Petersburg Bar Association Executive Committee, two terms as Chairman of the St. Petersburg Nuisance Abatement Board, several years as President of the Harbor Isle Homeowner’s Association, a four-year term on the Sixth Circuit Judicial Nominating Committee, and two years on the Executive Committee of the Suncoast Chapter Make-A-Wish Foundation. Sean is devoted to the well-being of his clients and often develops long-lasting relationships with them.

Battaglia, Ross, Dicus & McQuaid, PA was founded in 1958 by Anthony S. Battaglia and is one of the oldest law firms on the west coast of Florida. The Firm is continually recognized by US News and World Report as a Tier 1 Law Firm and was most recently voted by the community as Best in the Bay on the Tampa Bay Times. The Firm prides itself by having superior legal talent that is also devoted to improving the community. The Firm’s lawyers are all involved in numerous boards, charities, and legal organizations, and have also been recognized with countless legal accolades. Between its lawyers, the Firm has over 155 years of legal experience and has seen any and every type of legal matter over the decades. 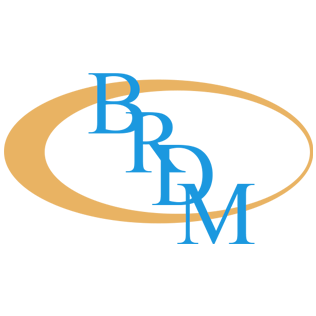 Providing Solutions to All of Your Legal Needs Since 1958