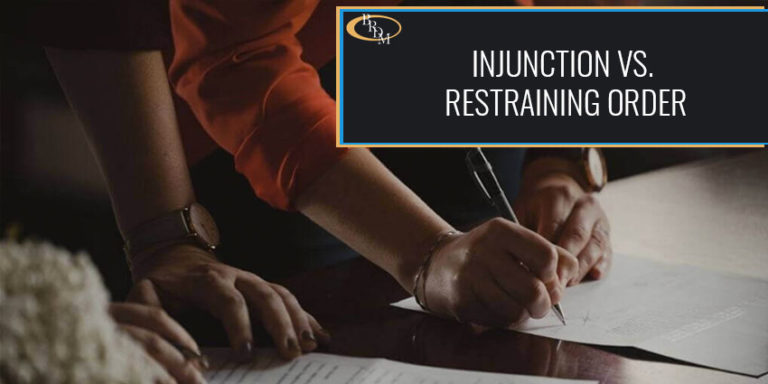 Home » Blog » What Is an Injunction and a Restraining Order in Florida?

In Florida, “injunctions, ” ” restraining orders, ” and “orders for protection” are all used interchangeably. They are simply different terms for the same legal mechanism.

Having an injunction or restraining order against you has consequences. You will likely be flagged on a background check and prevented from employment or even renting. You will lose your right to keep and bear arms. Perhaps most importantly, if you violate the terms of the court order, you will commit a crime and go to jail.

Domestic violence is the most common reason people seek injunctions or restraining orders in Florida. Following Alabama, Florida ranks number 21 in the US for domestic violence rates against women, at 37.4 %, slightly higher than the national average of 37.2%.

Under Florida law, Petitioners have six options for restraining orders. Read on to learn more about different types of injunctions in Florida and some relevant statistics.

In Florida, a Petitioner can file for a Domestic Violence injunction or restraining order for any of the following types of repeated offenses by the Respondent:

Stalking is any pattern of repeated, malicious, intentional, and unwanted:

Stalking has no legitimate purpose, and that causes the victim emotional anguish. In Florida, the Petitioner may also file for a Cyberstalking injunction. Cyberstalking in Florida is “committing a series of acts to communicate, directly or indirectly, through email or electronic communication.” Accessing or attempting to access your online accounts without your consent, which causes a person emotional distress, is also considered cyberstalking.

As of the date of this article, thus far in 2022, Petitioners filed 43 Repeat Violence injunctions in Pinellas County, Florida.

The following are the requirements for filing a repeat violence restraining order in Florida:

A repeat violence injunction protects the Petitioner or their family member from further violence or contact.

Dating violence is similar to domestic violence. It is a pattern of behaviors where the Respondent exerts power or control over their partner using ear, intimidation, or threats. Dating violence can happen in person or electronically. Florida defines dating violence as ‘violence between individuals who have or had a continuing and significant relationship of romantic or intimate nature.”

In addition, the relationship must last for a minimum of 6 months, and there must have existed an expectation of affection or sexual involvement between the two parties.

Statistics on Sexual Violence in Florida

For Sexual Violence restraining order in Florida, the following requirements must be met:

Florida has laws protecting vulnerable adults and seniors from exploitation.

Statistics on Elder Abuse and Exploitation in Florida

This type of injunction or restraining order in Florida is an emergency order to keep the exploiter away from a vulnerable adult. A vulnerable person is any adult 18 or older who can’t provide their care or protection due to:

Any adult can be exploited, but this type of injunction is most often used to protect people in the elder community. As we age, the increasing likelihood of dementia is a significant factor that makes elderly adults more vulnerable.

Please do not hesitate to contact us to help you navigate what can be an emotional and complicated process.