by Rachel Drude-Tomori on July 3rd, 2018 in Estate Planning Law

Recently I’ve come across several “durable powers of attorney” prepared by lawyers who do not regularly practice in estate planning or elder law. In some instances, the power of attorney does not allow the agent to perform certain acts that the principal intended; in others, improper execution renders the document entirely invalid. Presumably, this is because the preparer of the power of attorney is not familiar with the major overhaul Chapter 709 of the Florida Statutes underwent in 2011. As a result, many times, if the principal has become incapacitated, the opportunity to cure the defective power of attorney already has passed, leaving caregivers and loved ones without adequate legal authority to perform on behalf of the principal. Understandably, the need for powers of attorney arises in situations other than estate planning, including for limited purposes, such as in real estate closings. This article is intended to highlight the most significant changes to Chapter 709, as well as to provide “planning pointers” useful for attorneys in all areas of practice, specifically including real property.

Super Powers. Perhaps most significantly, the Act creates a list of seven “superpowers” that must be separately enumerated and either signed or initialed by the principal in order for the agent to perform them on behalf of the principal:

Simply put, if the power of attorney does not separately enumerate these powers with, at minimum, the principal’s initials next to each power, then the agent cannot perform these acts on behalf of the principal.

If the principal is uncomfortable granting one or more of these powers in the power of attorney, such powers should be deleted or omitted. There is more than one way to accomplish this: some practitioners simply omit the excluded powers from the final document, while others strike through an excluded power in the final document or write “omit” where the principal would have initialed had he or she desired to include it. Some practitioners believe that by implementing the strike-through method, the principal’s intent to exclude a particular power is more evident.

Use in Real Property Transactions. When drafting a power of attorney which may be used in real property transactions, the principal’s name should be the same as in any title documents previously recorded in the Official Records to ensure consistency for chain of title purposes: “A good, quick check is to compare the name and signature of the principal in the power of attorney against any name and signature of the principal in the records search.”[xiv] Additionally, Section 695.01(1), Fla. Stat. (2017) requires that a power of attorney used to convey real property must be recorded in order to protect creditors and other certain purchasers for value.[xv]

In order to sell or convey real property using a power of attorney, using a broad term such as “real estate transactions” generally is insufficient; the best practice is to specifically delineate the power to “sell, convey, mortgage, encumber, lease, etc.” in the power of attorney.[xvi]

Regarding the form for signature by the agent, the preferred signature block for ensuring purposes is: Patricia Principal, by Alicia Agent, her attorney-in-fact.[xvii] The notary acknowledgment must identify the agent as the person appearing before the notary. The acknowledgment simply may state the agent appeared before the notary, but the better practice is to show that the agent, as attorney-in-fact for the principal, appeared before the notary.[xviii] Lastly, always provide a copy of the power of attorney to the closing agent in advance of the closing; presenting the power of attorney on the day of the closing certainly will cause delays because the closing documents will not have been prepared properly.

[viii] See 26 U.S.C. § 2503(b) regarding the federal gift tax annual exclusion, which currently allows an individual to give away up to $14,000.00 per recipient per year without the gifts counting against the individual’s lifetime exclusion from federal estate and gift tax (currently $5.45 million; see 26 U.S.C. § 2010).

About the Author: Rachel Drude-Tomori, Esq., LL.M. is the lead Partner in charge of the Estate Planning & Probate Department at Battaglia, Ross, Dicus & McQuaid, P.A. Rachel currently serves as Chair of the Probate Section of the St. Petersburg Bar Association and Administrator of the Thomas E. Penick, Jr. Elder Law Inn of Court. Named a Super Lawyers Rising Star in Estate Planning for 2017 and 2018, Rachel assists business owners, corporate executives, and high net worth individuals and their families to protect their legacies from government and creditor interference through estate planning and wealth transfer techniques. 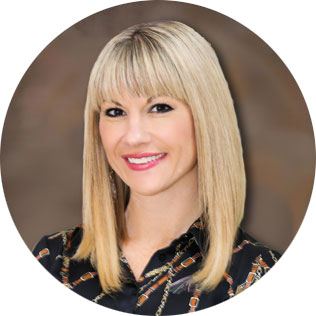 Rachel impressed me from the very beginning. You often go into a consultation with trepidation that your best interest won’t be the priority. Not so with Rachel- there is an immediate warmth in her approach, and she takes time to listen. From that point her knowledge just shines through. To have a lawyer that clearly cares and clearly knows her business- is a huge peace of mind.